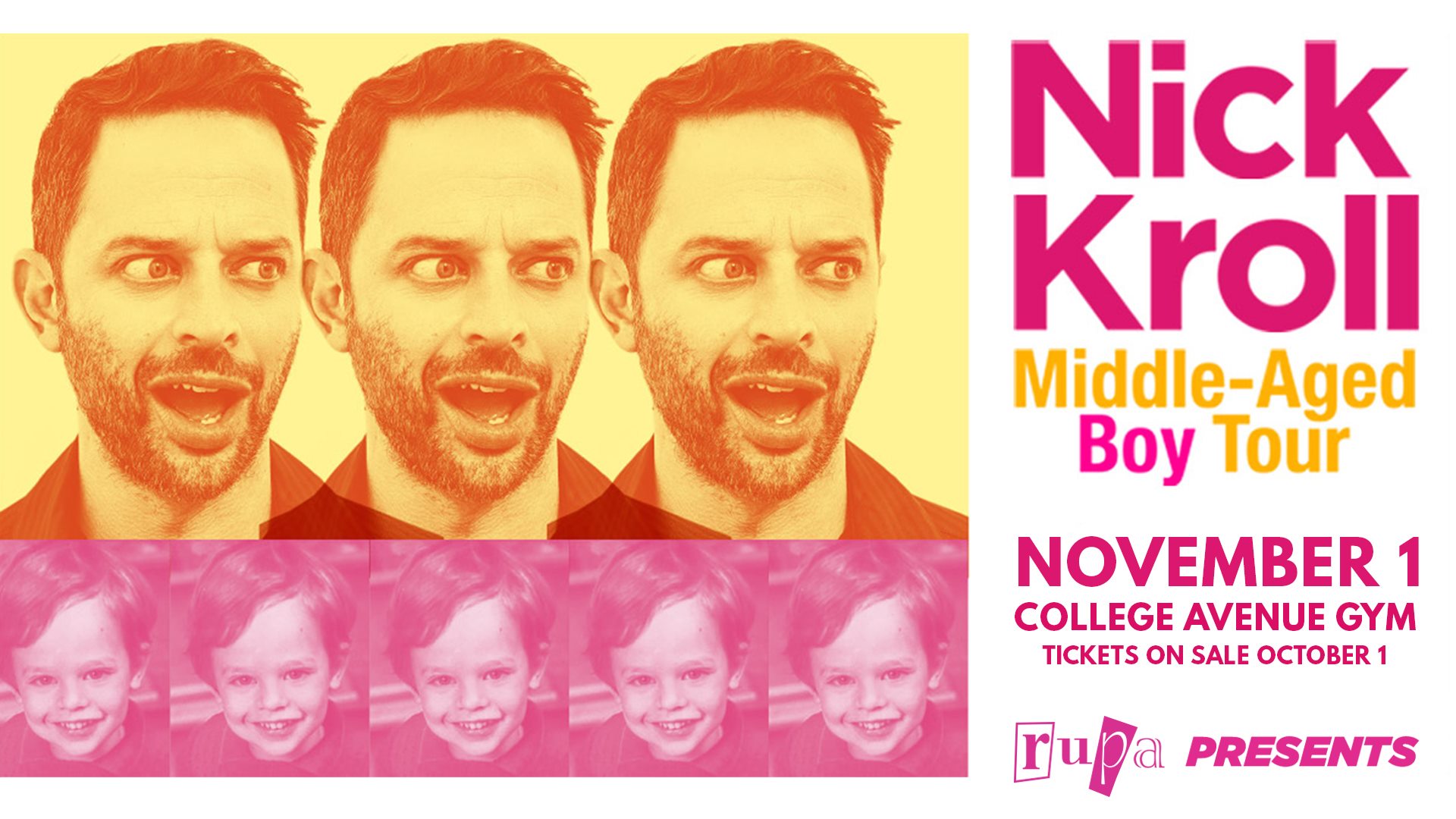 Nick Kroll is a comedian, writer, actor and producer. He co-created, writes, produces and performs over 30 voices on the hit Netflix animated series BIG MOUTH, which is based on his childhood. It has been heralded by the Hollywood Reporter as “sweet, progressive and breathtakingly filthy and is currently nominated for a 2019 Emmy for “Outstanding Animated Program.” Nick can currently be heard as ‘Sergei’ in SECRET LIFE OF PETS 2 and as ‘Uncle Fester’ in MGM’s THE ADDAMS FAMILY set to be released in October 2019. He also can be seen in MGM’s OPERATION FINALE opposite Oscar Isaac and Ben Kingley, and in Lionsgate’s UNCLE DREW. In 2017, he completed his Broadway debut with the critical and box-office hit ‘Oh, Hello on Broadway’. Recent film credits include Jeff Nichols’ critically acclaimed film LOVING, Seth Rogen’s SAUSAGE PARTY and Illumination’s SING. Nick had his own critically acclaimed Comedy Central sketch show THE KROLL SHOW and starred as Ruxin in the hit FX show THE LEAGUE.
________________________

EDIT: We have now opened ticket sales to Rutgers Faculty and Staff:
FLOOR TICKETS: $25
BALCONY TICKETS: $15
*Must present RUID at door; can only purchase one guest ticket