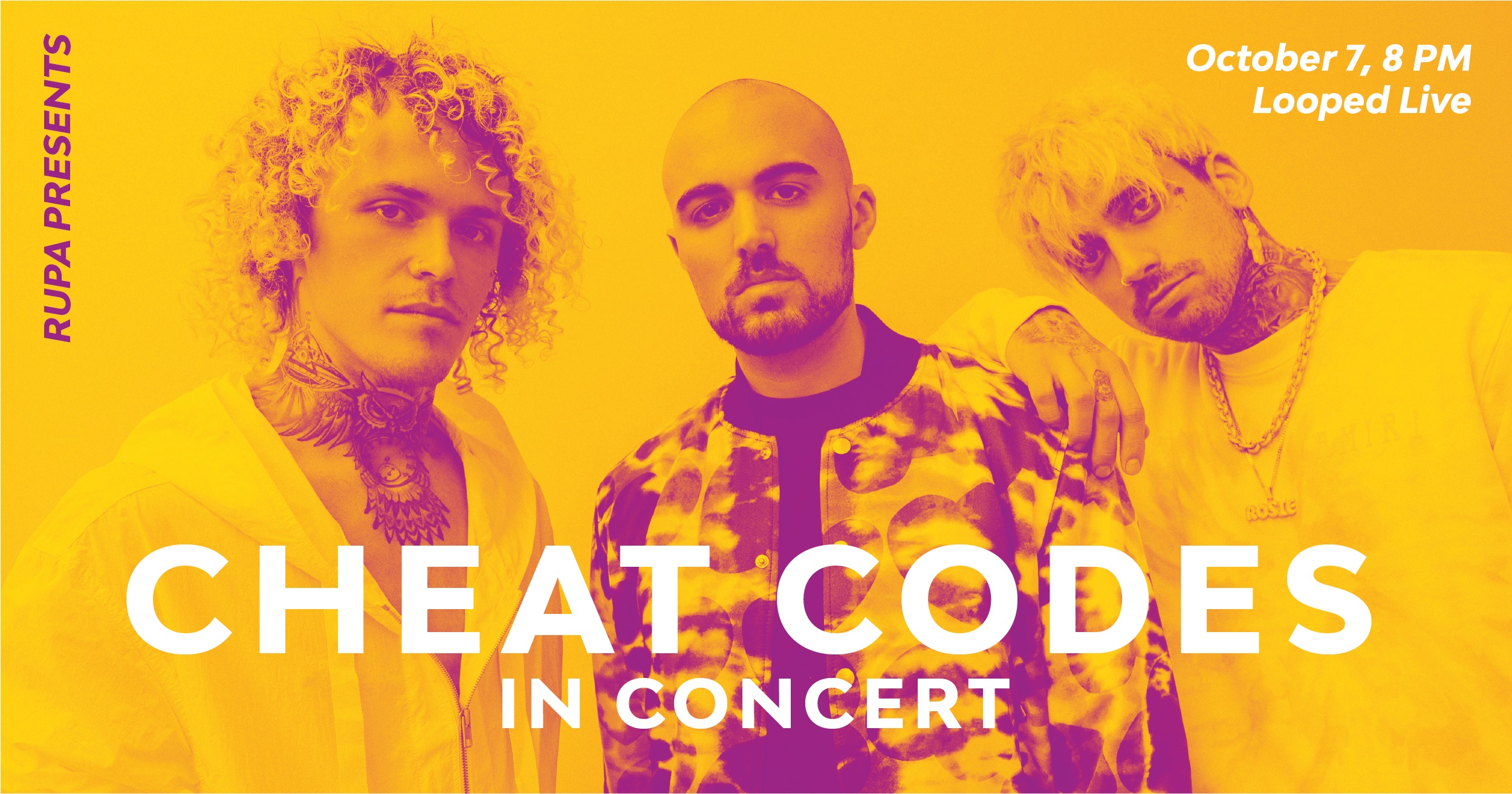 This semester RUPA is hosting a series of concerts and moderated q+a’s throughout the month of October and November! Who better to kick us off than Cheat Codes?! We had a blast dancing with them last year, so we can’t wait to see what they’ll do next for this upcoming event!
Cheat Codes is an American EDM-style trio based in LA, including members KEVI (Kevin Ford), Trevor Dahl, and Matthew Russell.
Some of the group’s notable hits have been the 2016 single “Sex,” sampling the Salt-N-Pepa hit “Let’s Talk About Sex,” as well the song “No Promises,” featuring Demi Lovato in 2017 – a song that reached Platinum status according to the RIAA. Their recent 2018 hit “Only You,” ft. Little Mix, also gained much attention following rave reviews, such as from Billboard, mentioning how it was a “sun-tinged tune” that was “certainly summer-made” tying in compliments of its acoustic undertone.
WHERE
Looped Live opens: 8:45 PM
Show starts: 9:00 PM
WHEN
Wednesday, October 7
Related Posts
RUPA Presents: Winter Wishes – Wish Adoption
November 10, 2022
RUPA Presents: Legend Has It (9PM Walking Ghost Tour)
October 6, 2022
RUPA Presents: Legend Has It (7PM Walking Ghost Tour)
October 6, 2022
RUPA Presents: 14th Annual Homecoming Charity Bed Races
September 27, 2022
RUPA Presents: Party At the Puddle
September 22, 2022
RUPA Presents: Back to the Banks!
September 9, 2022
Contact Us