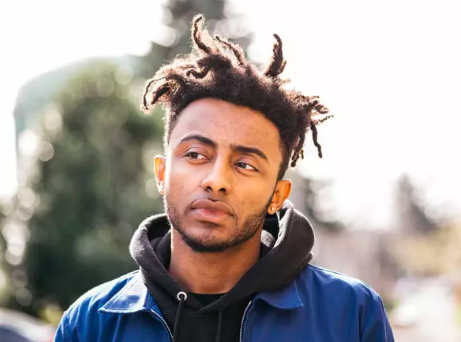 11.02.18—[College Ave, College Avenue Gymnasium]— Get ready for one of the biggest concerts of the fall semester: Beats on the Banks featuring Aminé!

Adam Daniel was born in Portland to Ethiopian migrant parents. Using his middle name Aminé, his music career began after the release of his debut mixtape, Odyssey to Me, in 2014. In 2016, Aminé released his debut single Caroline. The song peaked at number 11 on the US Billboard Hot 100 chart and in June 2017 was certified three-times platinum. Following this success, Aminé partnered with Republic Records. In July 2017, the rapper issued his debut studio album, Good For You, with such guests as Ty Dolla $ign, Offset and Kehlani. Inspired by everyone from OutKast to Kanye West, Aminé delivers clever, whimsical hip-hop with coming-of-age themes. The album debuted at number 31 on the US Billboard 200 charts. Amine’s second studio album, OnePointFive, was released in August 2018 and features guest appearances by G Herbo, Gunna and Rico Nasty.

TICKETS:
♪ Please purchase tickets on www.getinvolved.tix.com/.
♪ Tickets will go on sale TUESDAY, OCTOBER 16TH at 2PM.
♪ Student Tickets: FLOOR $25 and BALCONY $15.
♪ Students must present a valid Rutgers ID (the name on the ID does not need to match the name on the ticket)