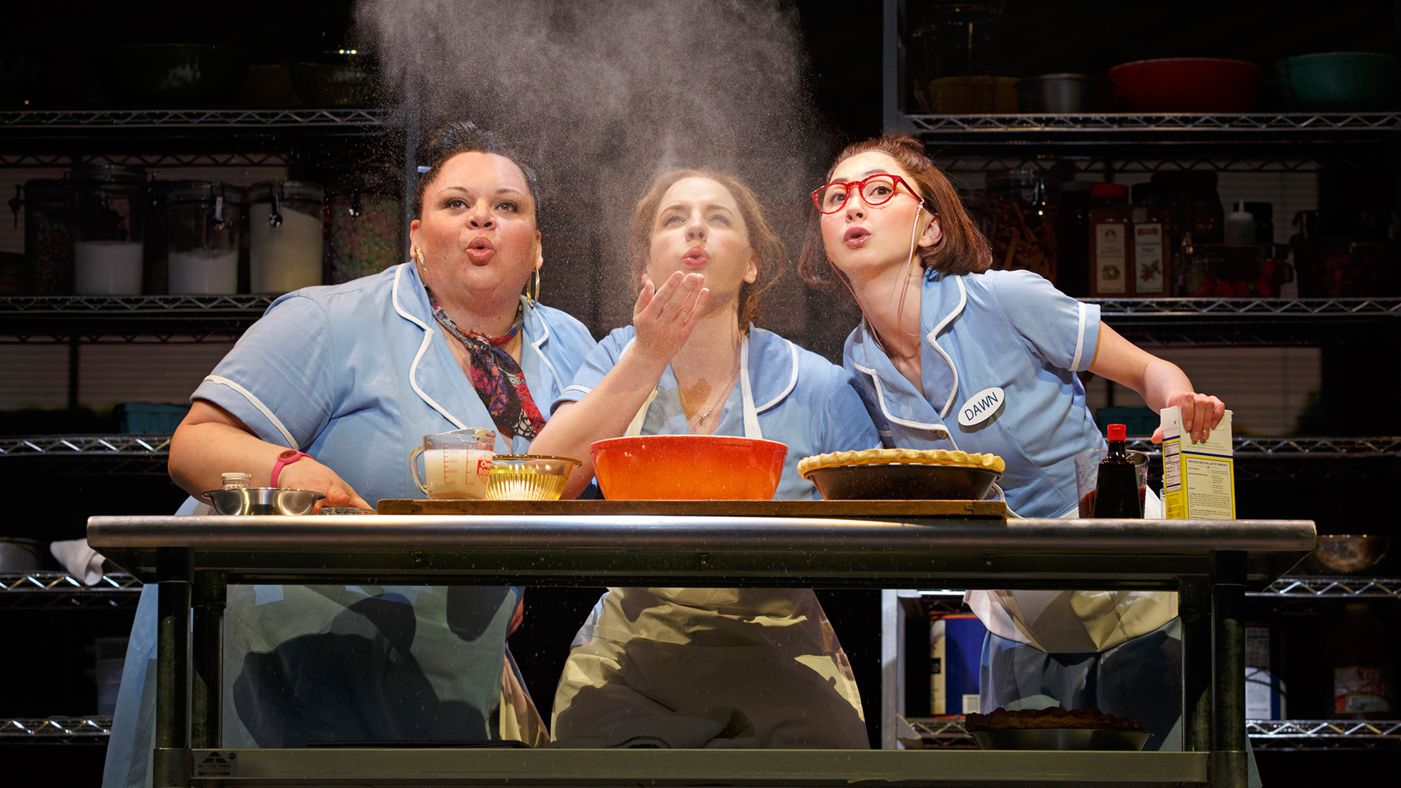 Broadway trips are one of many events organized by the Arts and Culture committee. On Saturday February 4th, RUPA took a trip to NYC to see Waitress on Broadway, a show nominated as the Best Show Of 2015 and described as “an empowering musical to the highest order” by the Chicago Tribune.
Based on a book by Jessie Nelson and a film by Adrienne Shelly, the show is known most for the music and lyrics composed by Sara Barielles, who also stars in the leading role of “Jenna Hunterson” in select performances. The show aired in August of 2015 and continues to run at the Brooks Atkinson Theatre. The plot is the life of a small town waitress (Jenna Hunterson) at a highway rest stop who makes the best pies around.

Feeling stuck in an unhappy marriage and low paying job, Jenna becomes unexpectedly pregnant by her husband. With everything already going south she ends up having an affair with her married gynecologist. Looking for ways out, Jenna gains the courage to enter a county pie contest in hopes of winning the grand prize money to use as part of her escape plan.

RUPA’s Broadway trips usually take place on a Saturday or Sunday to see a matinee show, and there is usually time before and after the show to explore a bit of NYC. RUPA plans multiple trips throughout the semester, so get your tickets at getinvolved.tix.com.